New Zealand ran 3 different sessions so we split into different groups for the morning and afternoon session.I went with the level 3 based session.

The main overall focus for these sessions was for the kiwis to show how they bridge the gap between hard skills and soft skills in different instructor levels within their system.

We started by being asked to talk on the lift about what hard skills and soft skills mean in our different countries, our is aligned pretty closely with theirs in the fact that they consider hard skills based more on actions on the board and the soft ones based on other aspects of the lesson such as how you communicate, ask questions and engage your students within a lesson.

They illustrated a diagram similar to our skills concept one with 3 circles – safety,fun and achievement with the parts that intersect being the stoke zone.The circles can change in size according to what you are doing and the person you are teachings personality.

We started with something they are assessed on for the level 1 – Ollies.

We warmed up for a bit and worked on how high we could get our Ollies on some mellow terrain.It was highlighted how safe we were and it was fun but not too much achievement at our level as we can already do them.Next we paired up and tried to challenge the person following by using as many variations as we could ,nollie,tail taps,Ollie’s into presses etc.After a short while we regrouped and when the person following was asked if they tried anything new some in the group said yes so the achievement bubble had expanded somewhat or them and new movements within their riding had been developed.

Moving on to the level 2 we were at the top of the park and Keith the presenter explained on the level 2 they assess on Ariel awareness and they ask for a controlled secondary movement in the air i.e a grab,shifty or rotation, basically anything other than just riding and getting air over a jump. They also bring in experiential and environmental learning here. The NZ system uses experiential a little differently to us as the relate it to movement you have already done in your past, not necessarily on a snowboard.Environmental is how we change things up or use what is around us for example putting your glove or a snowball on the ground to jump over or giving a point to the side of the run to point your board towards un a shifty.Showing how we can use and change the environment to get different results from students.In the level 2 candidates are shown a video of someone riding and they have to use verbal analysis to correct them based on experiential and environmental factors. Once they have seen the video they have to fix a student based on what they saw on the screen.

For the level 3 NZ Introduces a high performance stance, the difference is show in the second photo. 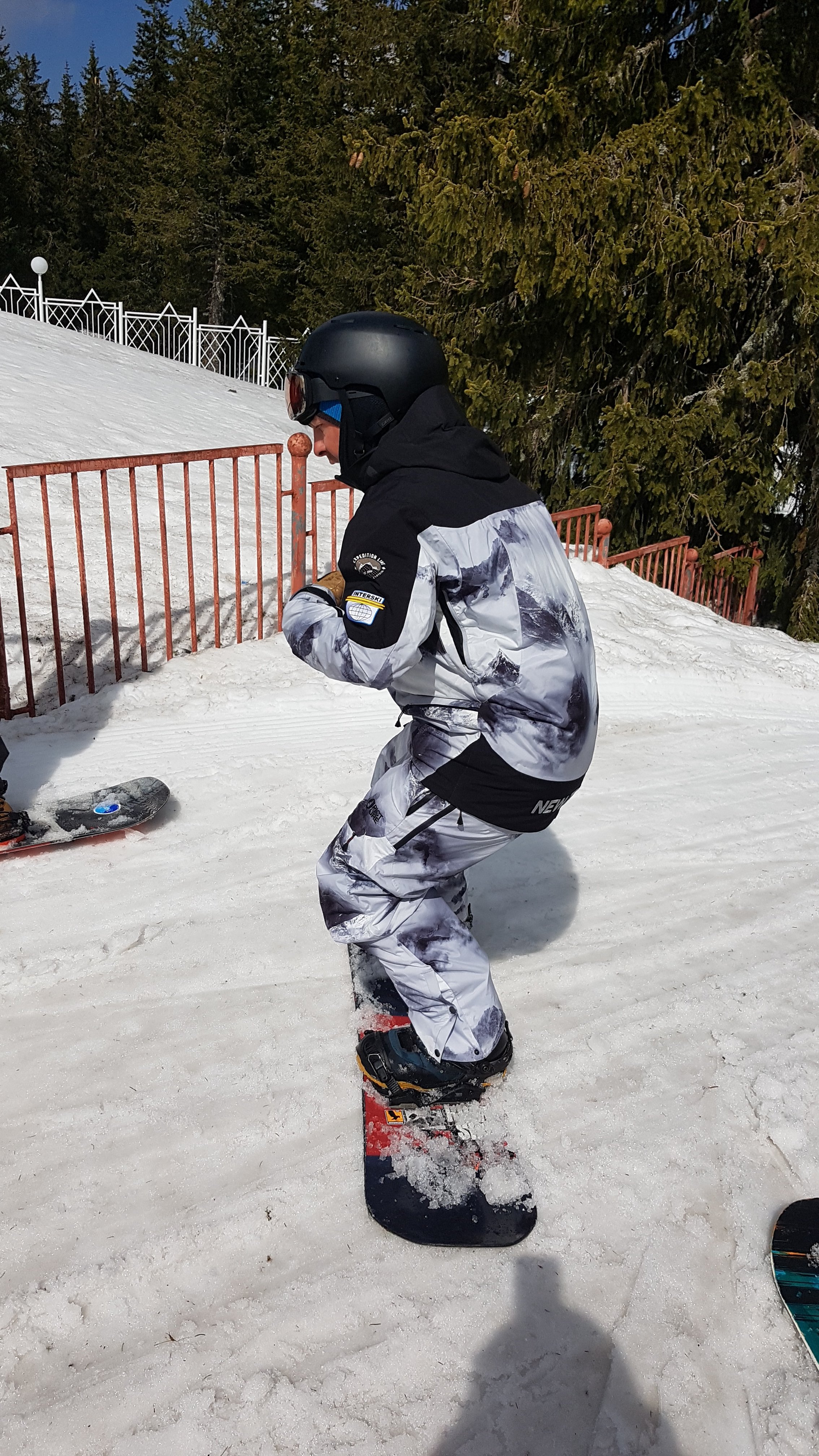 This position is to allow more more dynamic movement on the board and to give the ability to manage forces better on the board.

A big performance carve is part of the level 3 assessment with no up or down unweighting specified but they are looking for something similar to CASI with a pressure build through the turn and then using energy to help you into the next turn. They use question based learning for the level 3 using a variety of types such as open,closed,leading,probing and scalable to name a few.

A student is given a scenario on specific terrain out of earshot of the Instructor who then has to ask questions to figure out the problem from the student and then come up with a tactic or movement to fix the rider and develop them with.

The NZ way seems to be pretty similar to what we do with a few differences in presentation on courses and terminology but overall our messages are similar.